Sriram Raghavan’s thrillers are always a great watch. They move steadily, but surprise you when you least expect them to. Take Johnny Gaddar for example, a movie that simply works on the number of thrills that each of its dangling chain of events provides, all of them conveniently paced for maximum surprise. Andhadhun is a similarly executed neo-noir thriller, but with the unpredictability meter turned way up! 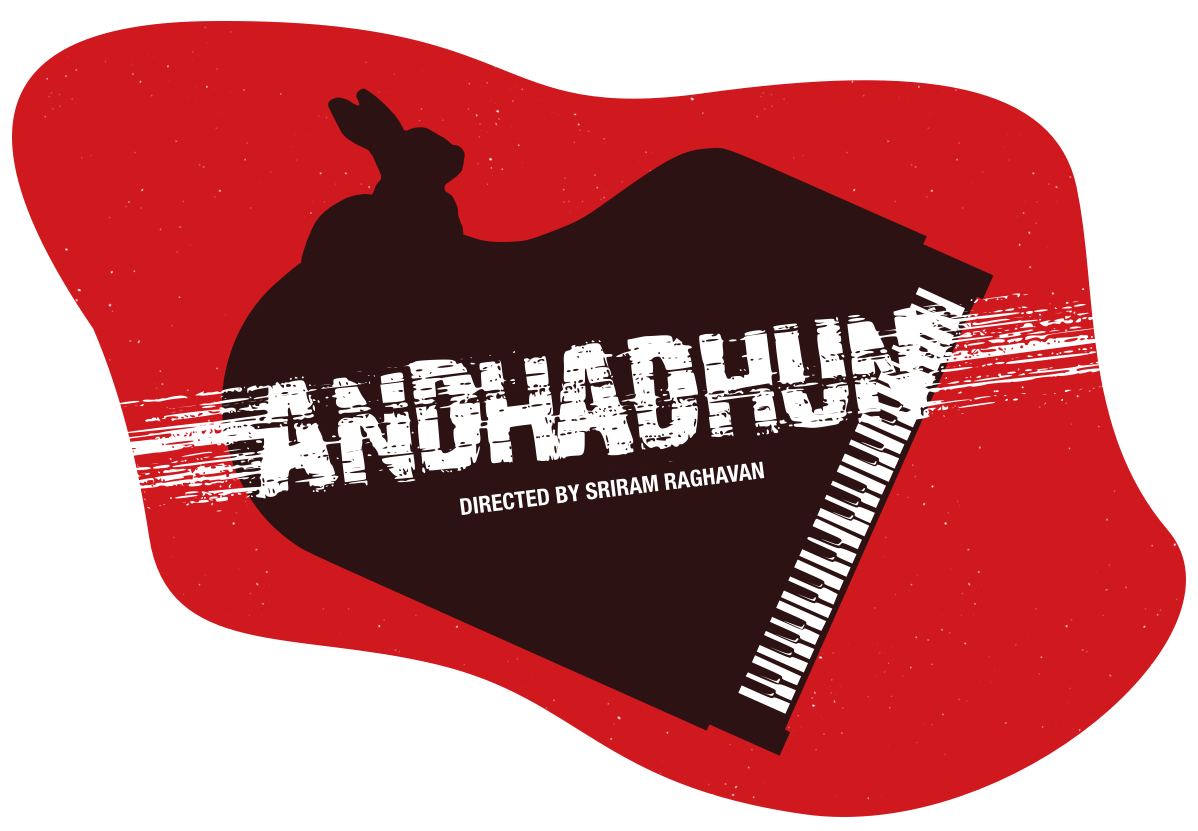 Revolving around the events in the life of a Blind Pianist, Andhadhun trods from one sub plot to another, Murder, Deceit, Extortion all conveniently added to the mix, as the story progresses. It delivers jolting twists swiftly and frequently, keeping you hooked throughout the end of the movie, always in anticipation of the next turn in the plot. It’s a story that predominantly invests in the “What Next”, the “Why” behind the actions is usually primal.

But when it’s not busy surprising you, it is Andhadhun’s dark humour that keeps you entertained. In one particular scene we see a body being hastily stuffed into a suitcase, chilly right? Except it’s shot in a Charlie Chaplin-esque silent sequence, with only the background music of the piano accompanying the shot, the effect will leave you chuckling!

Ayushman Khuranna, Tabu, Manav Vij, Radhika Apte and Anil Dhawan are the chief actors here, with Ashwini Kalsekar and Zakir Hussain in worthy cameos. Ayushman Khuranna & Tabu deftly play their neatly written characters. Manav Vij, who is fast becoming a character actor for the muscled cop, (Udta Punjab, Brij Mohan Amar Rahe and now Andhadhun) is expressive as always. Vij is given minimal dialogues, it’s his expressions that do the heavy lifting for him. Radhika Apte has little to do here, but nevertheless plays her part neatly. The actors are one of the major reasons that Andhadhun works, it’s their timing and expressions that make the movie as lively as it is.

Amit Trivedi’s music and Daniel B George’s Background score is refreshing. It’s a pleasant departure from the rap-remixed 90s music that we see all too often these days. Moreover the music complements the narrative, which makes the movie all the more interesting. I particularly liked the piano piece that the Ayushmann Khuranna’s character was working in the start of the movie. The flow of that piece is reflective of Andhadhun’s twisted narrative.

Like Johnny Gaddar, Andhadhun is also heavy on its homage to various artistic works. (All in a good sense and well credited, not in the plagiarative manner in which mainstream Hindi Movies usually do). There’s a bit of Beethovan’s Symphony mixed with Daniel B George’s background score. One of the key scenes in the movie is inspired by Oliver Ternier’s French short film L’Accordeur, aka The Piano Tuner (Do not watch that terrific short film before you watch Andhadhun, or it’ll spoil the latter for you!), There’s also a small La La Land reference towards the end of the movie.

But Andhadhun isn’t perfect. The screenplay meanders way too much at one point in the second half. For most part, Andhadhun’s sub-plots are enjoyable and relevant to the larger story at play. But at one point the movie does take a longish detour, making it go pretty far off its course, only to be jolted back by some more twists. It’s a 5-10 minute slump in an otherwise rollicking narrative, but it’s all the more noticeable because the rest of the movie is so good.

Andhadhun is a thoroughly enjoyable neo-noir thriller, that keeps you on the edge of your seats till the end credits roll. Its also one of the rare movies where nothing happens the way you guess it does. It’s one of the best movies written this year, and one that’ll still have a re-watch value years later.