Ideas on an iPad Nano 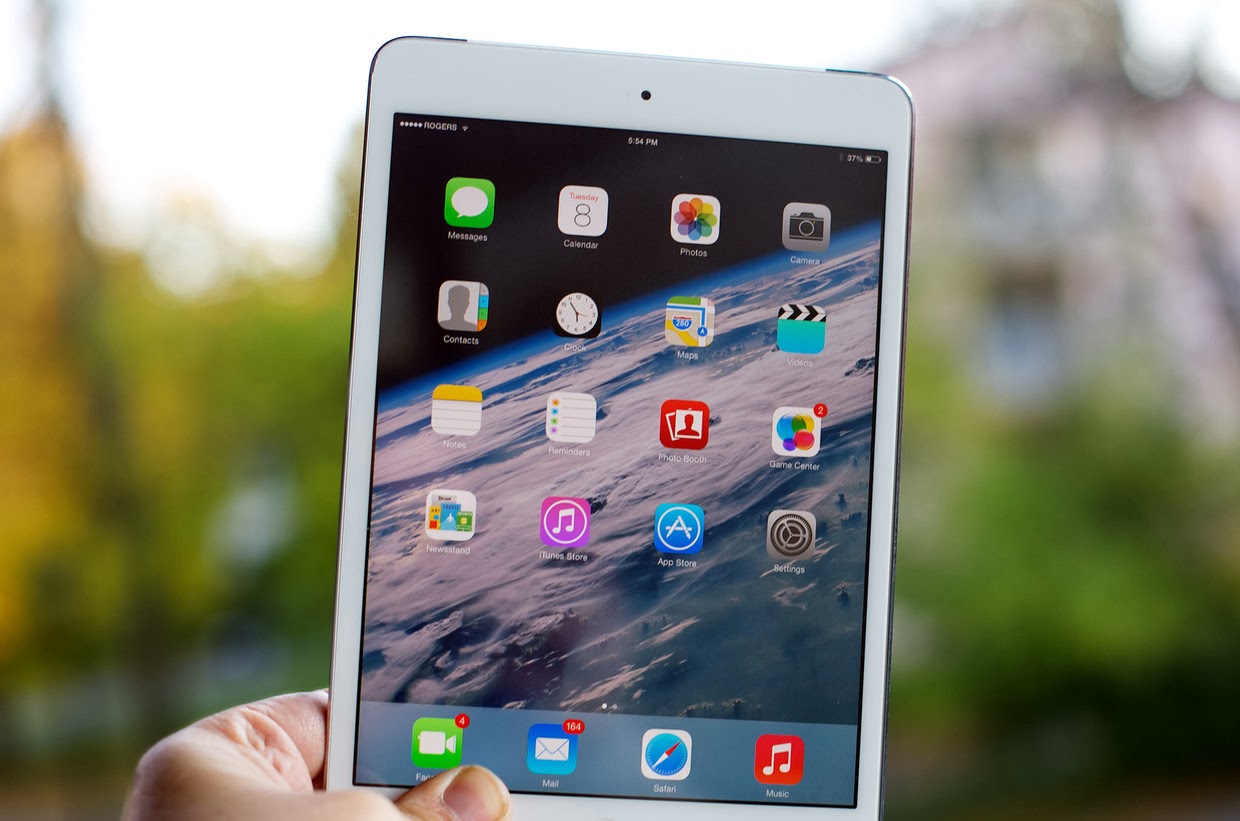 Rumors are ripe that Apple’s going to do a “Phablet” for the iPhone 6. But It makes more sense if Apple were to create a 6.6inch iPad “Nano”. A more pocketable iPad which works like a a small sized notepad is certainly something to ponder upon. An iPad Nano could certainly bring the same joy of having the latest Apple product just like an iPod Nano did some years ago.

"A Smaller iPad is way better than an extra large iPhone"

The Truth is, Apple about 6-7 years ago was targeting a large variety of price points. There were “regularly updated” and advertised iPods which started at $49 and extended unto about $299. Each iPod had certain charm to it. You could pick up anyone of them and bring home the joy of a latest Apple Product. Then there was the iPhone starting at about $599 (without contract) and then the MacBooks which were on and above $999. The scenario today is different, with the iPods on a slow decline and a bi-annual upgrade cycle make Apple’s most prominent products start at $229 which leaves a wide whole for someone wanting the latest and greatest of Apple technology.

The iPods were a raging success because Apple was able to churn them out for an extremely low price and by presenting a user experience that was unheard of. iPads are similar products. The tablet market just like the MP3 Players market only gained prominence after their Apple variants were shown. But unlike iPods, the iPads don’t share an unchallenged market share. They aren’t the only tablets people consider. There are people who’d love to buy a tablet (just to get started using them) but not want to spend $299. So they turn towards Android Tablets (which in turn aren't that great and result in making people wary of investing 300-500 dollars on a tablet, be it any brand). The market is ripe for an iPod Nano like entrance of the iPad. 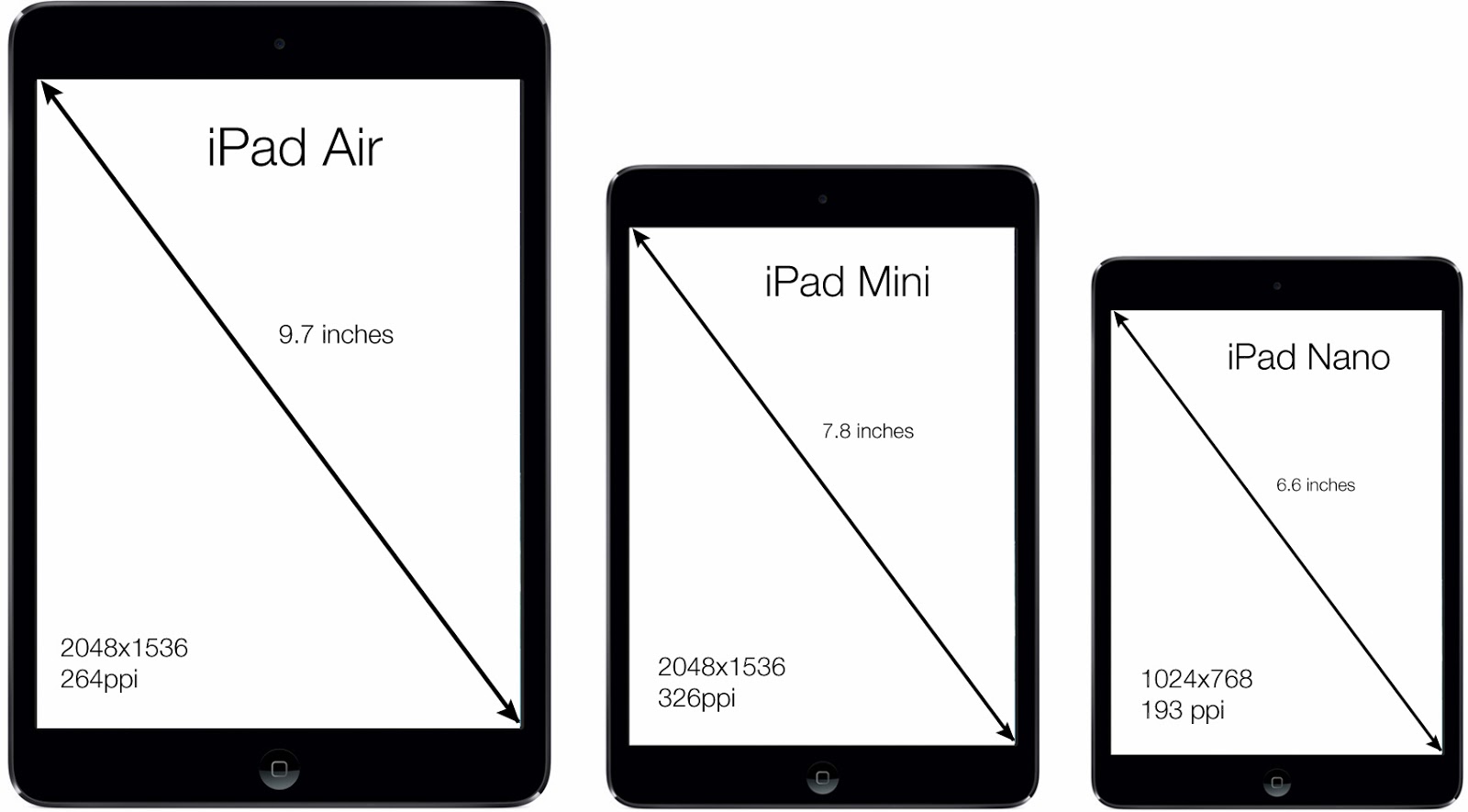 A 6.6 inch iPad Nano with a 1024x768 resolution which moves up the PPI to more than 200 (making it nearly retina), A7 Chip complete with the latest iOS, would any day be better than a Phablet. It will be more usable in the sense that it will have all the Applications of an iPad but in a smaller form factor. Just imagine playing drawing sketches on Paper By 53 on a tablet that’s just large enough to fit in your pockets? It’ll also be great at watching Movies and playing games like Infinity Blade III (Phablet users often say, that one of the main reasons they buy such large phones, is because movies and games run way better on them). So much fun at something that’s priced at $199 is sure to boost the sales of a device that’s the best representation of a tablet computer. The iPad does need to sell to more people to become an unavoidable commodity. 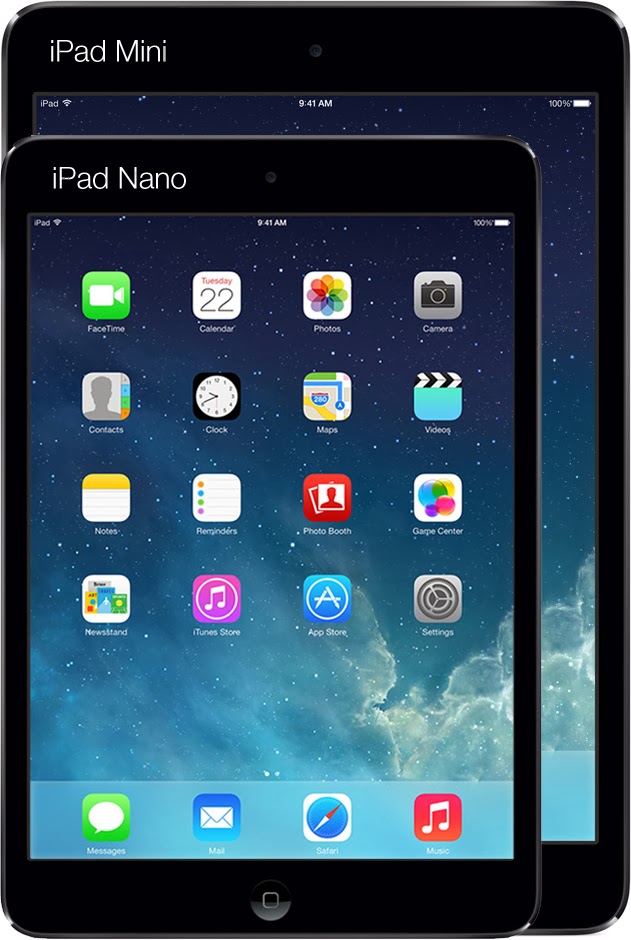 By even further reducing the form factor of an iPad, Apple could very well cater to the needs of iPad buyers. An iPad Air is a portable content creation + consumption device. The iPad Mini is for those who consume more than they create (still great for small spreadsheets, charts and presentations) and an iPad Nano for those who only use it to watch Movies, Play Games and read books. (Ideally they should be discontinuing the Mini in favor for Nano! Just like they did with the iPods).

"Ideally they should be discontinuing the Mini in favor for Nano!"

An ultra-portable and pocketable iPad definitely has many uses. Its does all the key tasks of an ideal tablet very well ( refer to the Jobs image below :) ), and if its priced at something closer to $199, its sure to be the catalyst iPads are waiting for to make the final move in becoming an integral part of our lives. Honesty! Its better to have a small tablet than have an extra large mobile phone which makes you look funny while holding it up to your ear.

The traditional Apple way is to make the best user experience first, and then try to make it possible at lower price points. An iPad Nano certainly does meet those criteria. Only if Apple were to create something like this. 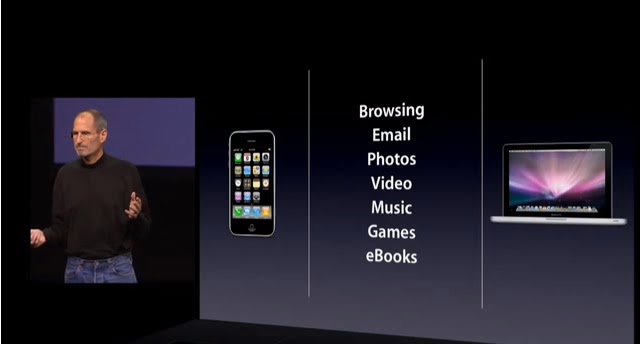 All that is left now, is to hope that we don’t see an iPhone with such an atrociously large display but an iPad with a smaller “Nano” like appearance next year or whenever Apple decides to make a 6.6 inch device.