Thoughts on The Last Jedi

Vidit Bhargava
The Last Jedi is a great movie, there’s little doubt about that. It’s a spectacle of some really fine acting and brings a lot to the table in terms of how the franchise could go forward, it’s a delight to see that the trilogy won’t just end up being a reboot to the original star wars trilogy. But The Last Jedi, for all that’s good about it, has its fair share of flaws.

The screenplay is a complex mess of multiple twists and turns and subplots that don’t always amount to much but feel more like a digression from the plot, instead of supporting it. While some of the twists are valid and did surprise me, when they occur too frequently it begins to feel as though the writers were unsure where to go with the script, or what to do with their characters. There are just too many course corrections which make parts of the movie almost look unnecessary and dragged. Then there’s this detour to a planet of casinos and filthy rich arms dealers, While it is an extremely well written and rich reflection of the prevailing greed for money, it ultimately only amounts to being a hat-tip to an Empire Strikes Back subplot. At 2h 30m the movie feels a tad too long and could’ve done with fewer twists, in my opinion. 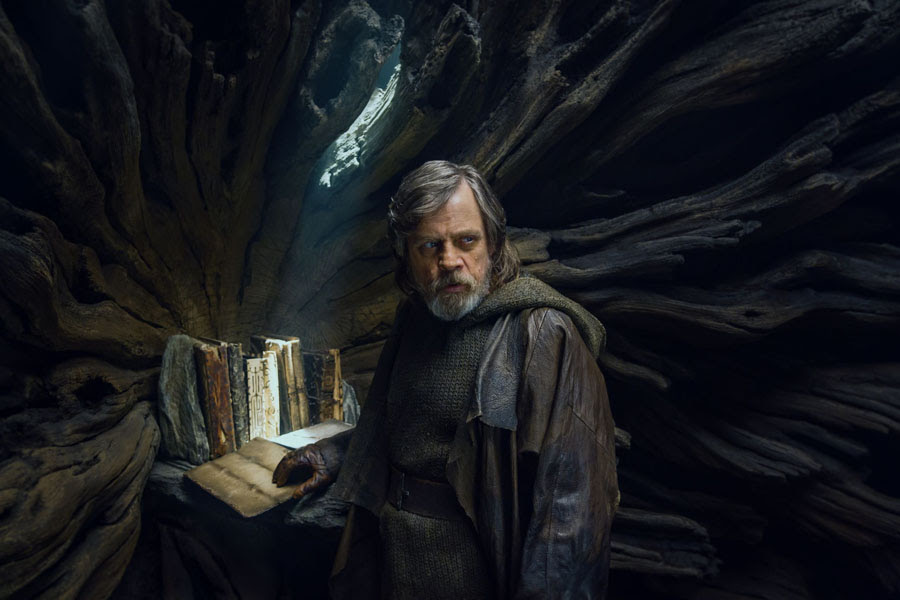 But even though it’s got a screenplay problem, The Last Jedi is also a movie where they’ve put a lot of thought into the mindset of the characters, the message they want to convey through the story, and the theological references to the force and the Jedi. These are what give The Last Jedi its finest moments. Rian Johnson does a fantastic job at capturing the conflict that Rey and Kylo feel. They both have their moments of conflict, confrontation and clarity, all of them are extremely well executed. I also felt that Luke’s role in the movie was very well written, he’s neither Obi Wan or Yoda. He too is vulnerable, even somewhat naive (when compared to Yoda) and yet when the time comes, he’s the formidable Jedi. It’s good to see Luke get enough screen time and depth to justify his place in the modern Star Wars universe. Apart from the characters, The Last Jedi is also visually stunning. and for its many twists and turns, some of them do induce clap worthy moments.

I really enjoyed the Last Jedi, I even found it empowering to an extent, and I’m glad that the movie isn’t a remake or reboot of an older moive, but offers new conflicts and new ideas to take forward the story. But I also found it hard to ignore the messy screenplay, I can’t help but hope for a simpler and clearer movie.

—-
There’s a reason why I haven’t tagged my thoughts on the movie as a review. I feel it’s hard to recommend or not recommend The Last Jedi. For anyone who has followed the previous movies, it’s reasonable to assume that they’ll want closure, so watching The Last Jedi is sort of a no brainer for those people. For anyone who hasn’t watched the previous Star Wars yet, I don’t think they’d start with Episode 8 or whether it being great or terrible would have any impact in them wanting to watch the series.

Posted by virtuoso Vidit at 1:15 PM No comments: