Thoughts on the New iPhones

It makes for a great visitor count on a blog to write about an apple or iPhone flaw. Or to talk about how the company is doomed or how much a disappointment the phone is. This post falls in none of the categories. It talks about the innovation, the design and construction of the new iPhones.

Software
A fresh new Interface, new ways of user interaction, improvements in the usability and a few other bold changes. Changing the design of an operating system changes a lot of things, it changes how we perceive a piece of software and even more so in touch interfaces, where changing user interaction has significant changes on the software's usability and productivity itself.

But even with so many changes, iOS still remains an operating system with its own identity. It remains the OS which let's an app, take full space of the screen to convey its idea. Your iPhone is a phone, wide screen iPod with touch controls, Internet communications device, gaming console or a camera. Thanks to its operating system it can take various shapes. This is what makes iOS different from android or windows phone or blackberry OS.

The software's identity gives users a choice to select from. Android (Low Cost, Lots of Geek Stuff and Insanely customizable) or iOS ( Apps, Quality, Usability and efficiency ) ? it's your pick.

Color vs Forward Thinking
Unlike previous years, apple has given two choices to its buyers this time. One of a premium quality device with a colorful enclosure and the all the pre-requisites of an iPhone. The other with newer technology like a fingerprint sensor, advanced camera options breakthrough flash technology, 64 bit architecture and a motion co-processor. The price points, a question of much debate are actually very interesting here. Let's just take every prejudice away from our minds and think. A new iPhone until last year started at $199. This year, it starts at $99. Which seems to be a good deal. But is the iPhone 5c really a new iPhone? 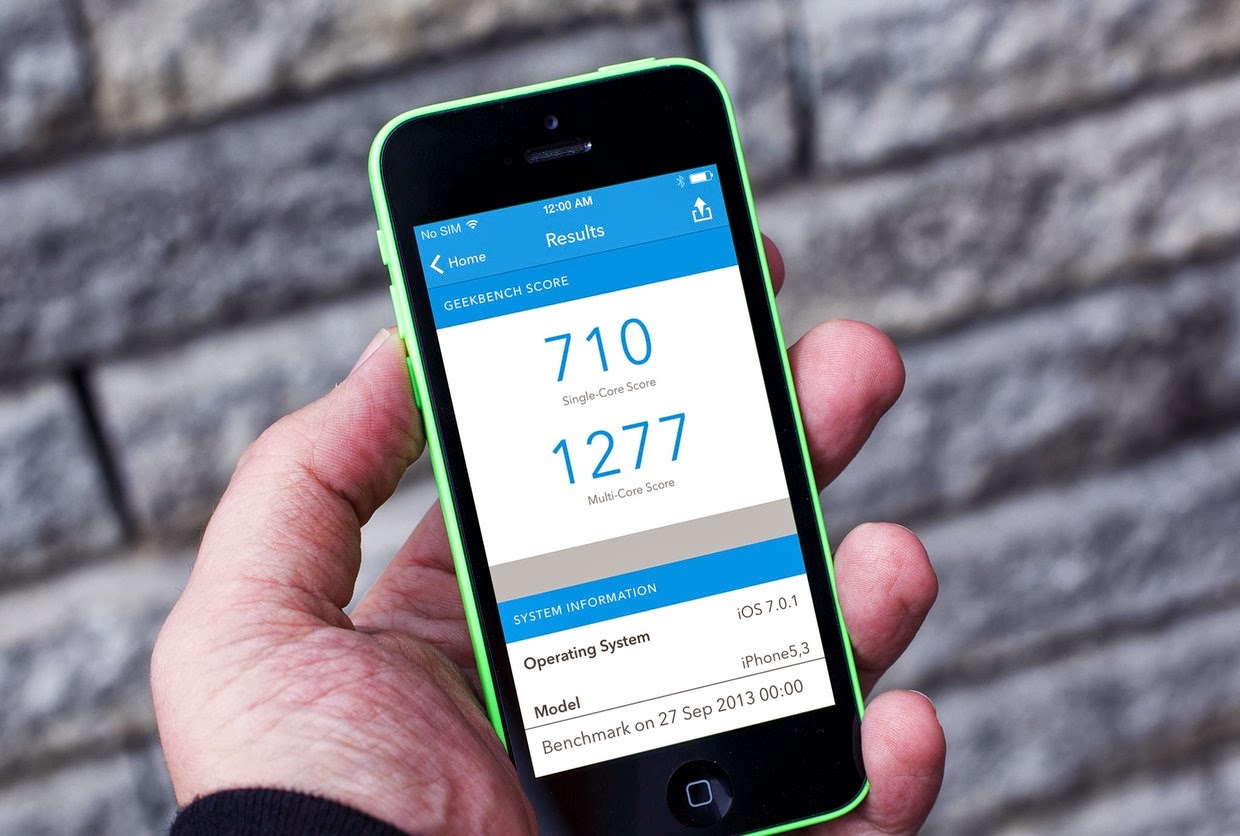 The iPhone 5c lacks speed improvements from the iPhone 5. It's just as fast as the iPhone 5 but not quite as fast as the iPhone 5s. But the 5 itself wasn't a very slow device. Infact, the 5c does very well in benchmarks. The iPhone 5c has a significant advantage over 5 and to some extent 5s when it comes to the form factor, construction and fun-ness. The polycarbonate shell on the 5c is much more easier to grip and hold than the aluminum enclosure of the iPhone 5 or 5s. Also, the new coat of colors is definitely going to appeal the youth (the lower cost also helps). 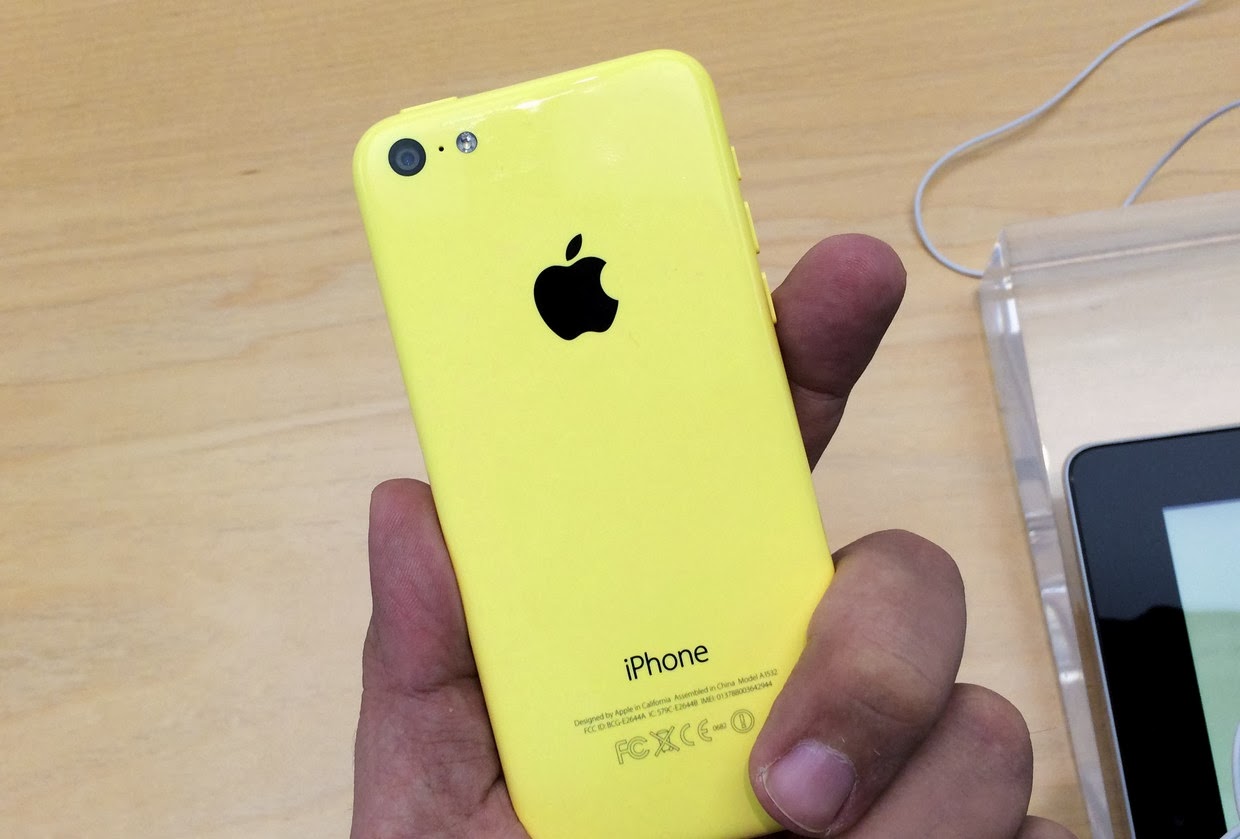 The iPhone 5c might not seem to be an improvement over the previous generation iPhone 5 on a spec sheet but it definitely is, when it's held in the hand and played with. Apple innovates again, this time by giving us a polycarbonate shell that feels premium and extremely sturdy (steel reinforcements along the edge make sure of that ).

The iPhone 5s is a great stability upgrade and one with significant other features as well. The 5s has a significant speed bump, it also brings in a 64 bit ( some tech-guy should really explain me how it helps ) version of iOS7 and there are some major camera improvements. There are graphics improvements to which mean better games and much better UX. Again, apple isn't playing a spec-sheet battle over here. It doesn't pack 8 cores & doesn't even mention RAM. But it delivers a benchmark trumping performance with a dual core A7 Chip. True innovation doesn't lie in packing as many cores as possible it lies in optimizing the software that it runs faster on two cores only. Apple does the same with its iPhone camera. The 5s has an 8MP camera but with much larger pixels ( bigger pixels = better picture ) and a breakthrough camera app. I specially like the slo-mo camera. It does some awesome & professional looking stuff in 120fps and is really cool. The burst mode and the white balance flash are great too. 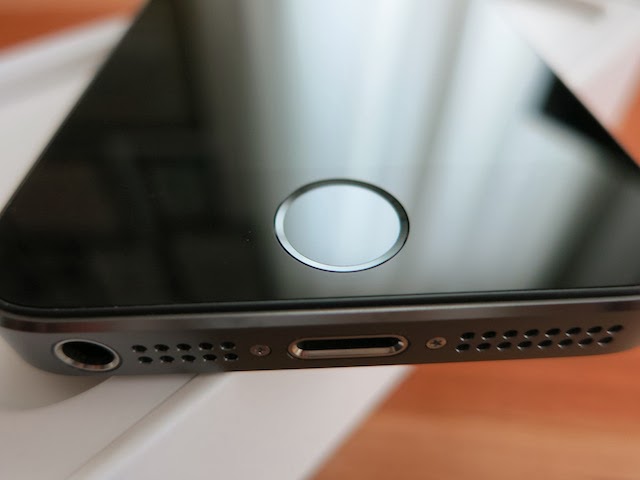 But the feature that makes every other phone look stale in comparison is the finger print sensor. It's the first stab at an age old tradition of passwords. It's great! You can buy stuff on your phone with a fingerprint authentication! ( everyone knows how cumbersome is it to manage passwords ). Perhaps more than the technology itself it's implementation is much more brilliant.It's the first fingerprint sensor I have seen which doesn't look or work terribly.

So there we are, two new iPhones both on the same fundamentals as all other iPhones. Significantly better than their predecessors (yes! the 5c too is better than the 5 ) and fully focused on a wonderful user experience and great usability. The screen sizes are just appropriate. The technical specs, good enough to top benchmarks and features that attract a lot of people who wish to do different things on their phone.

Image Credits: iMore and TechCrunch
Posted by virtuoso Vidit at 8:07 PM No comments: